With its FET/LDR analog circuit which provides the most organic and warm tremolo, and its innovative μ-control technology, the Tres lets you create waveforms and sounds that had never been possible. From the classic “vibrato” of old amplifiers, to rhythmic patterns and Fade/Kill effects. 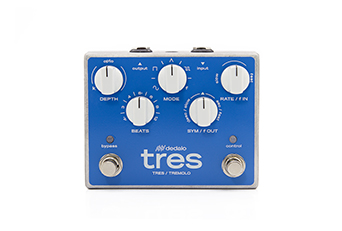 "The pedal has a ton of subdivision and wave shape configuration options (the square wave trem sounds exceptionally yummy.) But it also packs less conventional trem tricks, like the ability to blend optical and solid state tremolo and a cool slow ramp function that you can dial in via a tap tempo switch." Leia mais...

DEPTH: Depth of the tremolo effect. At minimum, the “k” (KILL) mode is activated: the modulation is made by the FET circuit and the sound gets chopped with sharp edges and more than 50dB of depth. Rotating the control to the right the Opto mode is activated, with its depth increasing from zero to the max as the control is turned. The Opto mode allows for the different waveforms, and provides a softer sound even in the square waves.

• Pulse: Two rhythmic pulses. The oscillation cycle corresponds to one bar, where the first pulse falls on beat 1 and the second falls on beat 3. The controls BEATS and SYM allow you to set the parameters for this mode.

• Triangle: Triangular waveform. Softer tremolo.
• Square: Square wave. Deeper tremolo.
• Sine: Sine wave. The classical “vibrato” of old amplifiers.
• f: FADE mode. In this mode the LFO stops and the output level is controlled by the Control switch between full level (switch released) and silence (switch pressed). This allows to do the tremolo effect with foot movements, or make fade in and fade out effects (like for example backwards guitar sounds). The fading time is set by the controls f IN and f OUT. When the KILL mode is active, the switching between levels is made with no transition time for a Kill Switch effect. For optimum performance, position the knob to the center of the desired value.

RATE / f IN: Oscillation speed of effect. In FADE mode, it controls the fade in duration. Turn to the right for faster times.

TRUE BYPASS: Turns on/off the effect. The true bypass switch allows your sound to remain intact when the effect is off. Besides, the LFO is synchronized to the start of the cycle each time the pedal is activated by this switch (Bypass Sync).

CONTROL: Optical switch for the functions:

• Tap Tempo: Controls the effect speed by means of taping in the switch. To use it, simply tap on the switch between three and sixteen times, at the desired speed. The resulting tempo is the average between the taps, and will remain until a new tempo is set by either tapping or turning the Rate knob.
• Tap Sync: If you make a single tap on this switch, the LFO gets synchronized to the beginning of the cycle. This function is only active when the rate was previously set by the Tap Tempo
• Foot-Speed: Modifies the speed of oscillation of the effect. The rate will rise gradually to its maximum speed while the switch is pressed, returning to the speed indicated by the RATE control (or set by Tap Tempo) when it is released.
• Fade: In FADE mode this switch controls the output level, doing the tremolo and fade effects by movements of the foot.

LED: Speed and mode change indicator. When changing modes, the LED will blink indicating the change. 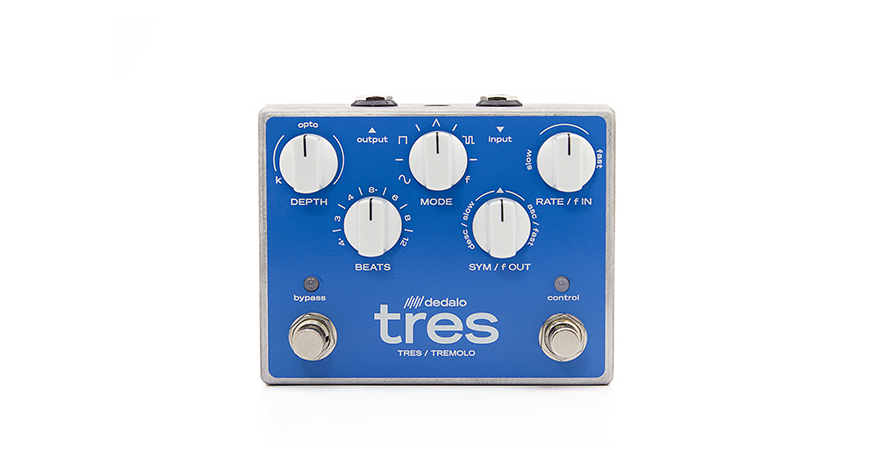 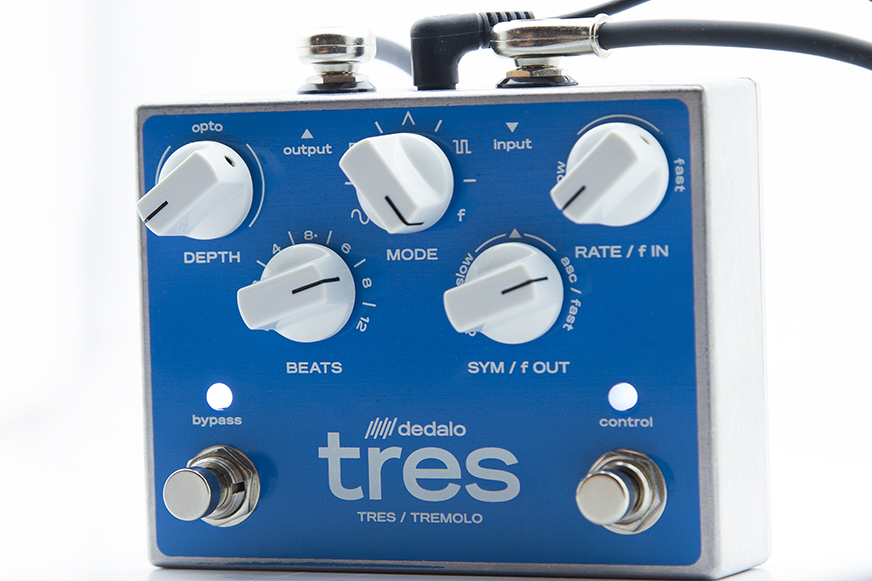 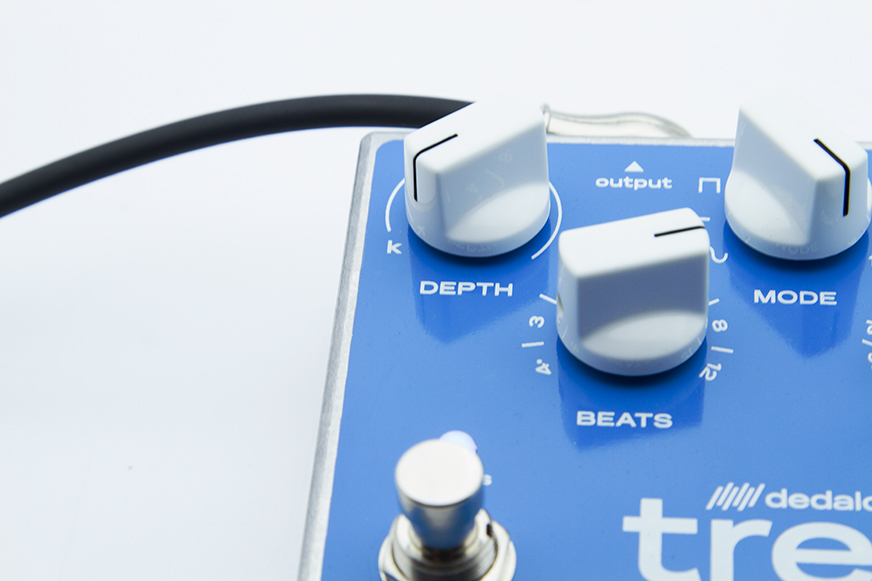 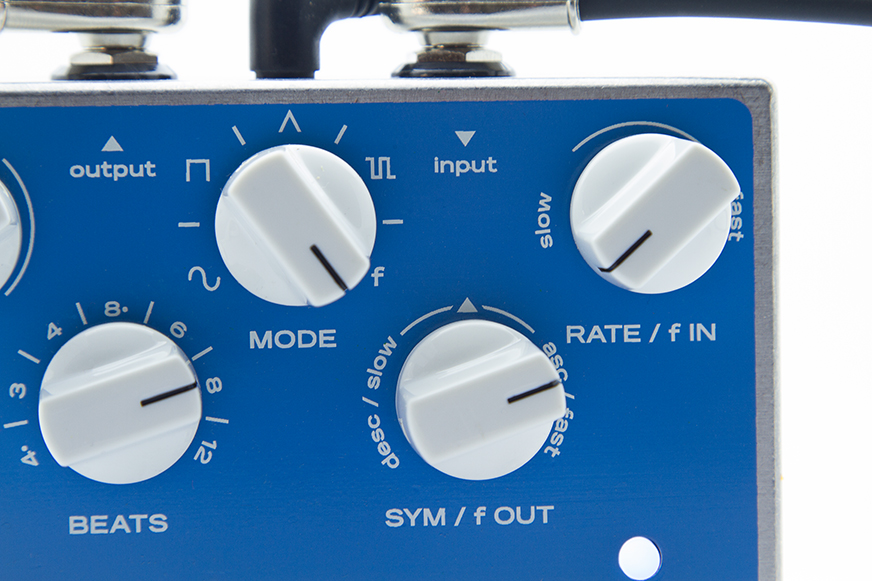