The legendary sound of a tape echo and the Tap Tempo technology are combined in this delay generating machine. Create ambience, spaces, rhythmic pattern subdivisions, and do ad-infinitum repeats with the Feedback control at your feet. 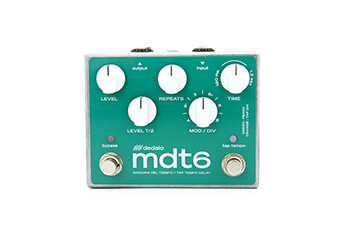 Just like a two-head tape delay unit, the MDT has two delays that run together, with two chips being fed in series (one after another). Each chip provides up to 600ms of delay, which allows us to get up to 1200ms in total. At the output of the first chip, the tone of the repeats is clear and cleaner, perfect for rhythmic delays or when you want it to cut in the mix. At the second chip, the repeats are darker sounding and with more analog saturation, which increase gradually in each repeat. Perfect for all kinds of ambients and shoegazing. When both are combined new sounds are obtained in a superposition of rhythmic echoes, in particular when using the special subdivision options.

LEVEL: Output level of the delay.

REPEATS: Number of repetitions, by means of analog feedback. At maximum, it will generate a runaway feedback. Feedback is taken from the output of the effect, so it is affected also by both Level controls.

MOD/DIV: Modulation of the delay time. In mild settings, repetitions are blurred, achieving the organic tape echo sound. The depth increases up to extreme effects of tape wow and vibrato.


Holding down the Tap Tempo switch for 5 seconds, gives access to the DIV control, allowing you to select the mode and tap subdivision. Turn the knob while the switch is held down, and release the switch once the desired position is marked.

TRUE BYPASS: Turns on/off the effect. The true bypass switch allows your sound to remain intact when the effect is off.

TAP TEMPO:
Optical switch for the functions:
- Tap Tempo: Controls the delay time by means of taping in the switch. To use it, simply tap on the switch between three and eight times, at the desired speed. The resulting tempo is the average between the taps, and will remain until a new tempo is set by either tapping or turning the TIME knob
- Tap Feedback: Holding down for one second it enables/disables the feedback increase. It allows to increase the repeats above of the Repeats setting by using your foot. Feedback here is taken from the second chip output and is independent on the setting of Level controls, so it can achieve some different sounds in particular when using the special subdivisions. Indicator led will change to Green color when the feedback is activated.
- Tap Div: Holding down for five seconds it gives access to the DIV control setting (see item 4). Indicator led stops blinking and changes to Orange color.

LED tempo and mode change indicador. Blinks at the current delay time setting and its color indicates the mode in use. 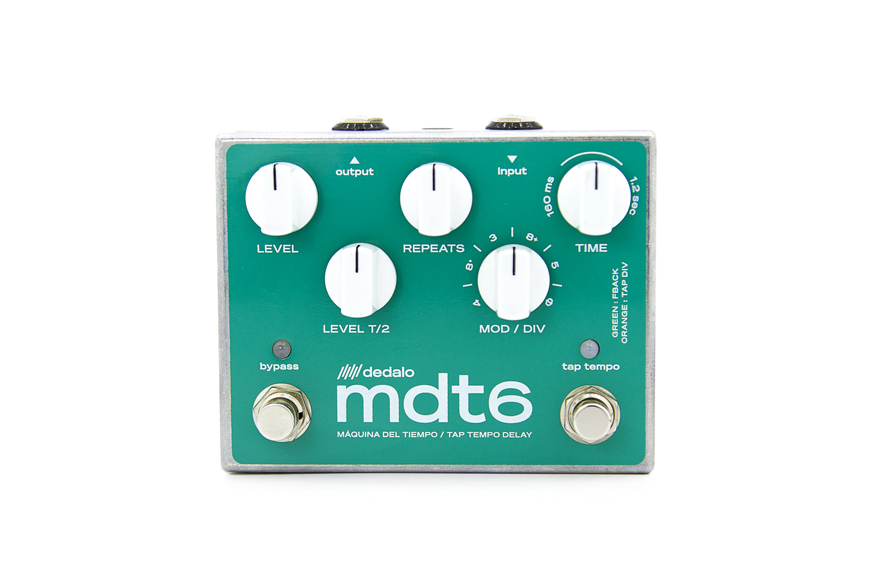 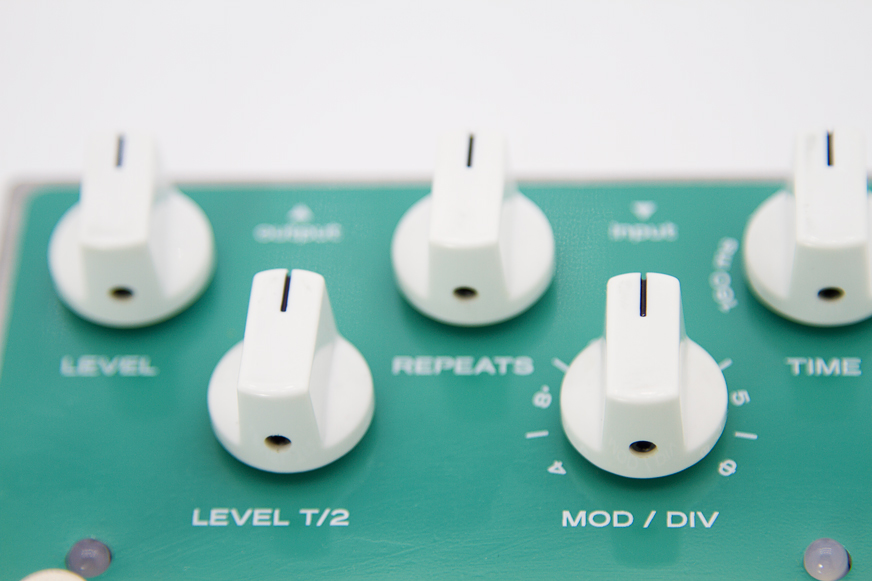 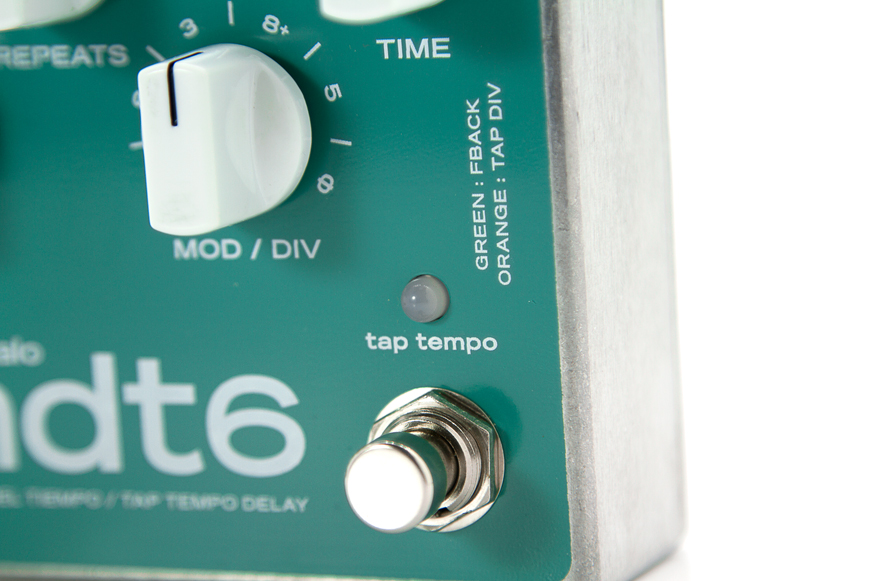 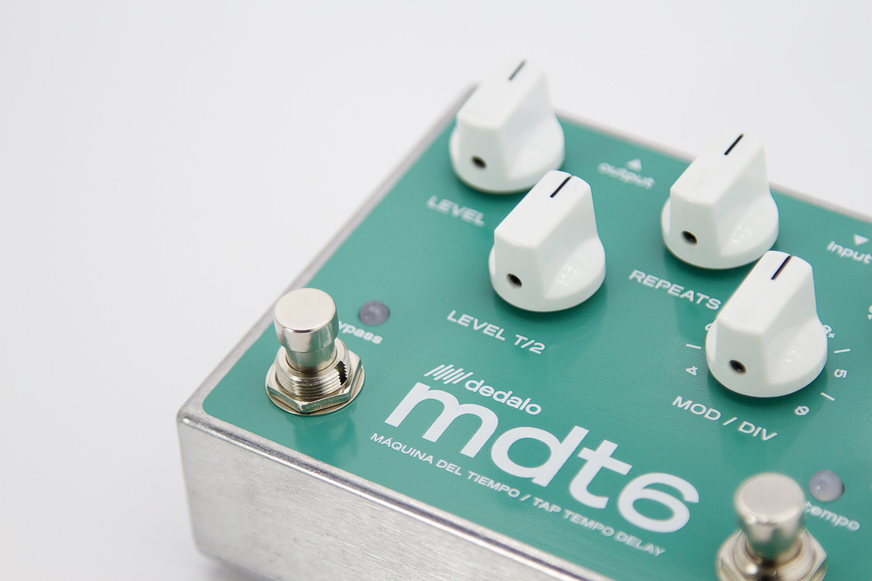