Its analog BBD circuit provides the mythical essence of the chorus, and is taken to the limits thanks to the digital control of the waveforms. Expand your sound into an ocean of vibratos, pitch variations, and dual oscillations, and return to the comfort of a smooth wave of modulation with a simple tap. 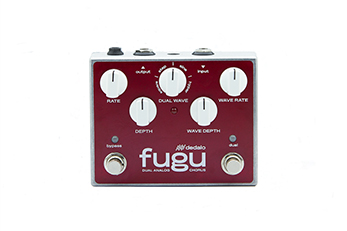 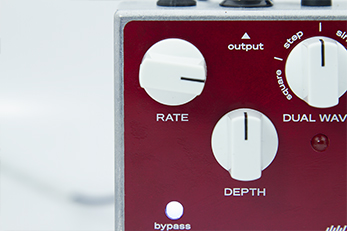 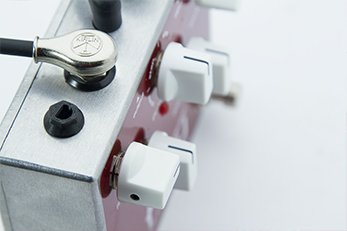 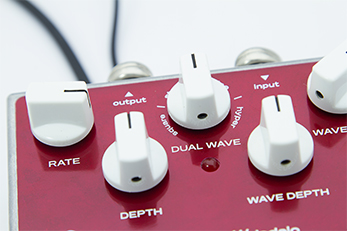 The FUG-3 provides the ability to toggle between two sounds, corresponding to the left and right oscillators, with their independent speed and depth controls, simply by tapping on the control switch. The left one is the classic BBD chorus effect, and the right one provides by default the vibrato effect (analog and true-pitch!), although different modes can be selected (*), and you also have the possibility to choose between four waveforms. The Dual LED indicates which of the effects is active.

: Rate of oscillation of the left LFO

DEPTH: Modulation depth of the left LFO. The waveform of this oscillator is fixed to hypertriangular.

DUAL WAVE: Selects the waveform of the right oscillator:
- Hyper, to obtain the classic sound of the original choruses.
- Sine, for deeper tape-style modulations.
- Step, for revolving shifts of tides
- Square, for robotic and binary changes of pitch.

For optimal operation, position the knob to the center of the desired mode.

TONE -side control-
overall tone adjustment. Counterclockwise the sound turns brigther and clockwise makes the sound darker, with the neutral eq in the center position.

DUAL
: function optical switch. A TAP on it toggles between left and right oscillator, activating the corresponding effect.

SPEED-UP: If you keep the switch pressed, the currently active oscillator will gradually increase its speed to maximum. Releasing it will smoothly return the speed to normal.

MODES: The operation mode of the right oscillator is selected with the DUAL WAVE control, with the following options:

MODE SELECTION: the right oscillator must be active (indicated by the Dual LED on) and the WAVE RATE control in the maximum position. Keep the control switch pressed, after 6 seconds the LED will begin to flash, indicating that the pedal is ready for mode selection.

If the control is not moved, no change will be done. Once the selection is made, release the control switch and the mode will be saved in the internal memory of the pedal. 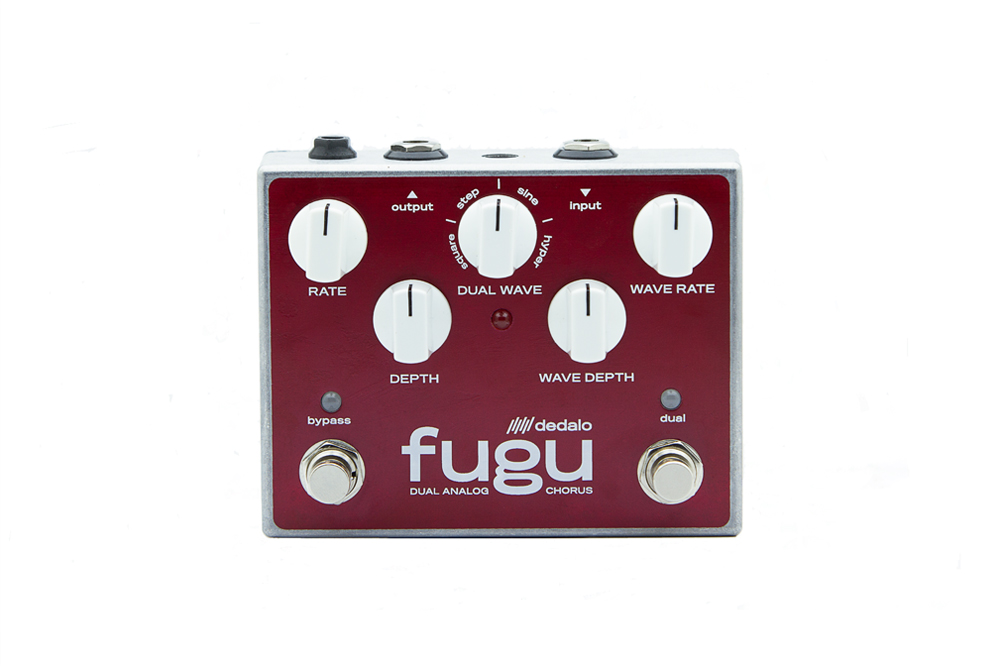 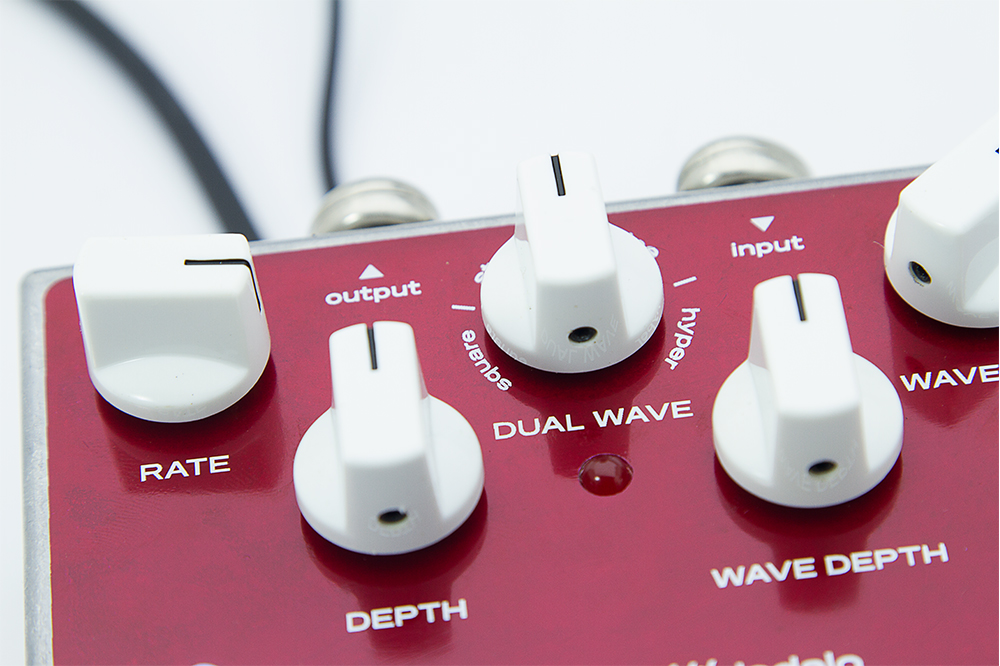 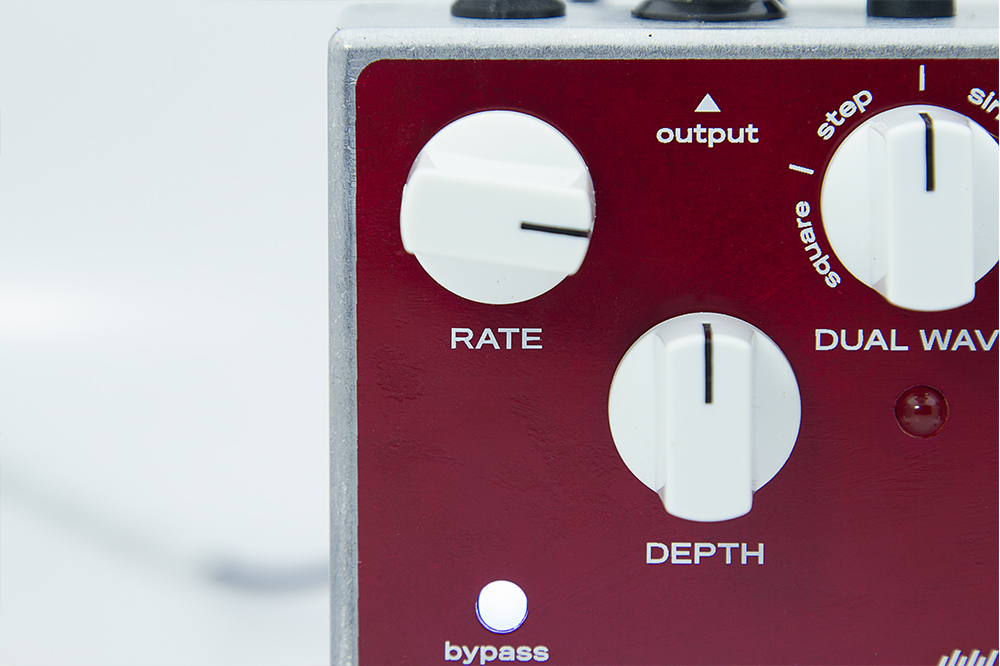 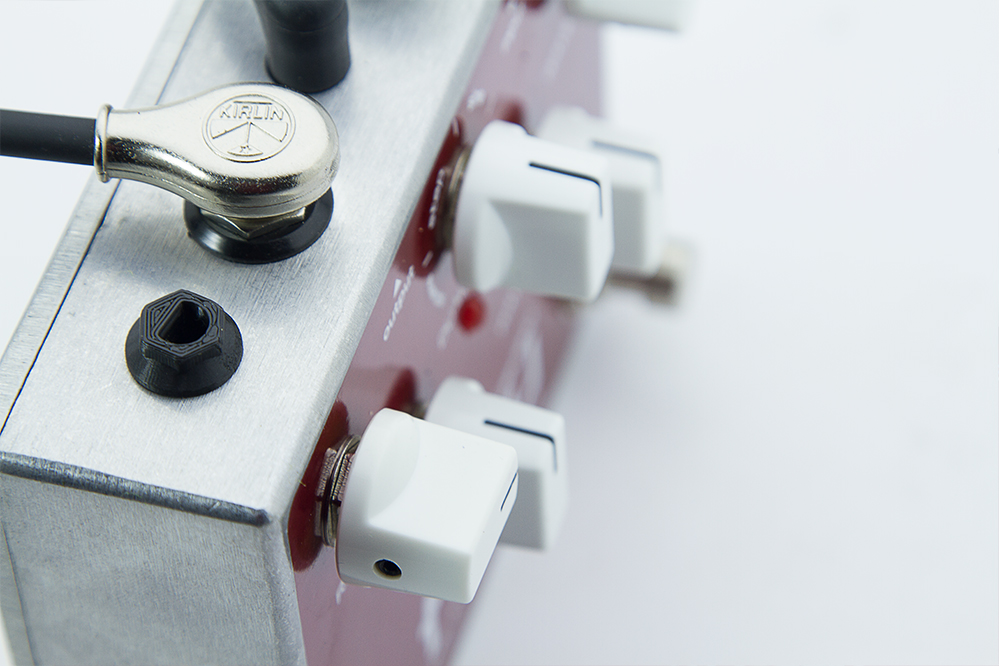